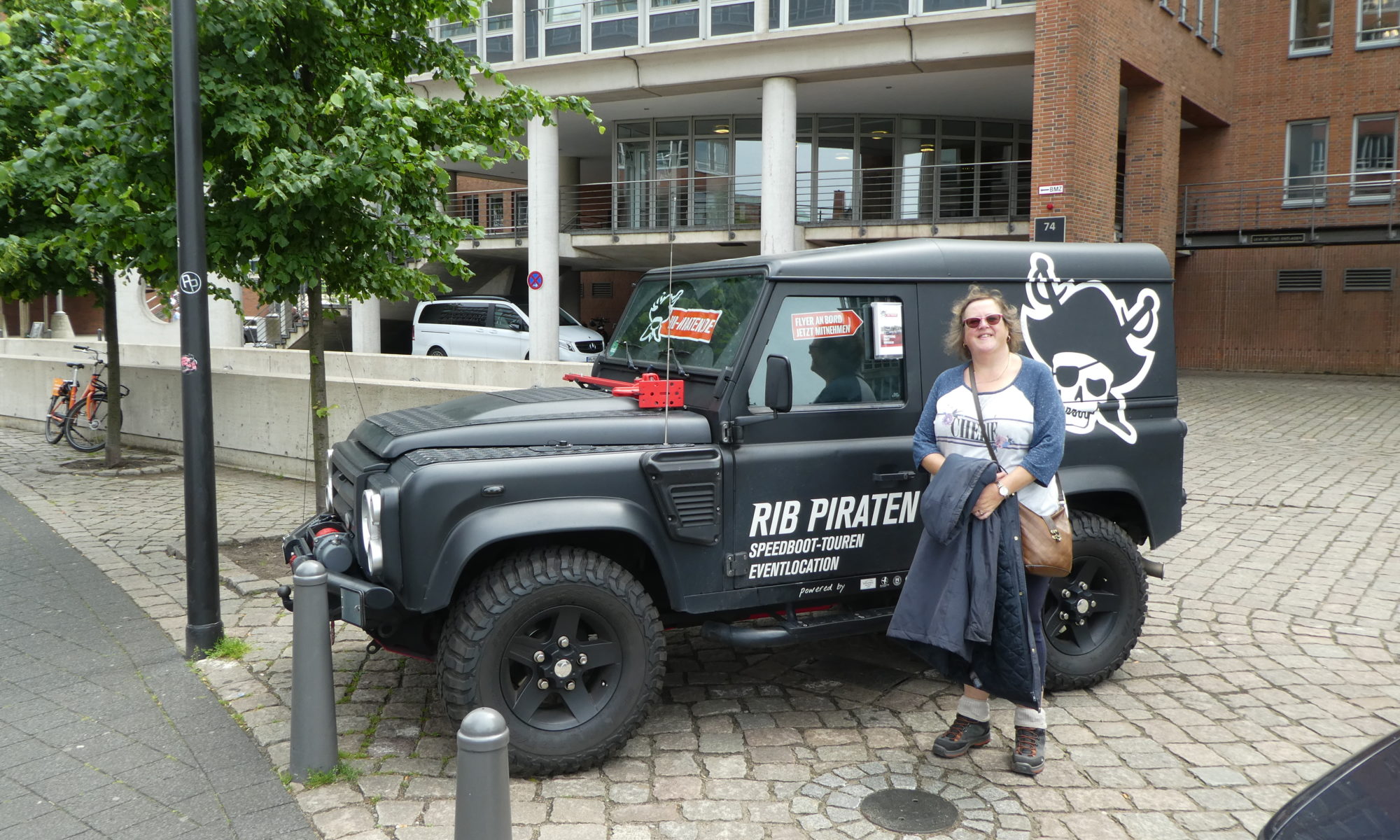 A one night stopover on the way to Hamburg:  Bremervorde is lovely – it is a relax by the lake destination that we want to come back to someday, but for us it was just a one night stand on the way East!

After a late lazy departure from Bremervorde, we arrived in Hamburg too late to go into town.  The Campingplatz is under the metro lines out to the east of the town, but still in walking distance.  On google maps it looks a little salubrious, (Because of privacy concerns, there is no Google Streetview in Germany, so we couldn’t do our normal research before we set out). But on arrival, it/s a really nice site.  Run by an ex lorry driver (who used to deliver Airbus wings!). We get settled and it was oven cooked sausages with jacket spuds for din-dins. Selina was not at all impressed that the sausages had cloves in them. Extra Sausages for Toby!

Next day and we tried to fit in plenty. We took a tour of the docks by boat.

Pretty cool to see the huge container ships up close. We went up the St. Nikolai Memorial Tower and spent nearly a day at the Miniature Wonderland.

We did wander down the Reeperbahn during the day, but not Herbertstraße! And that’s it for Hamburg – everything else will have to wait for the return trip – we need to head on East.