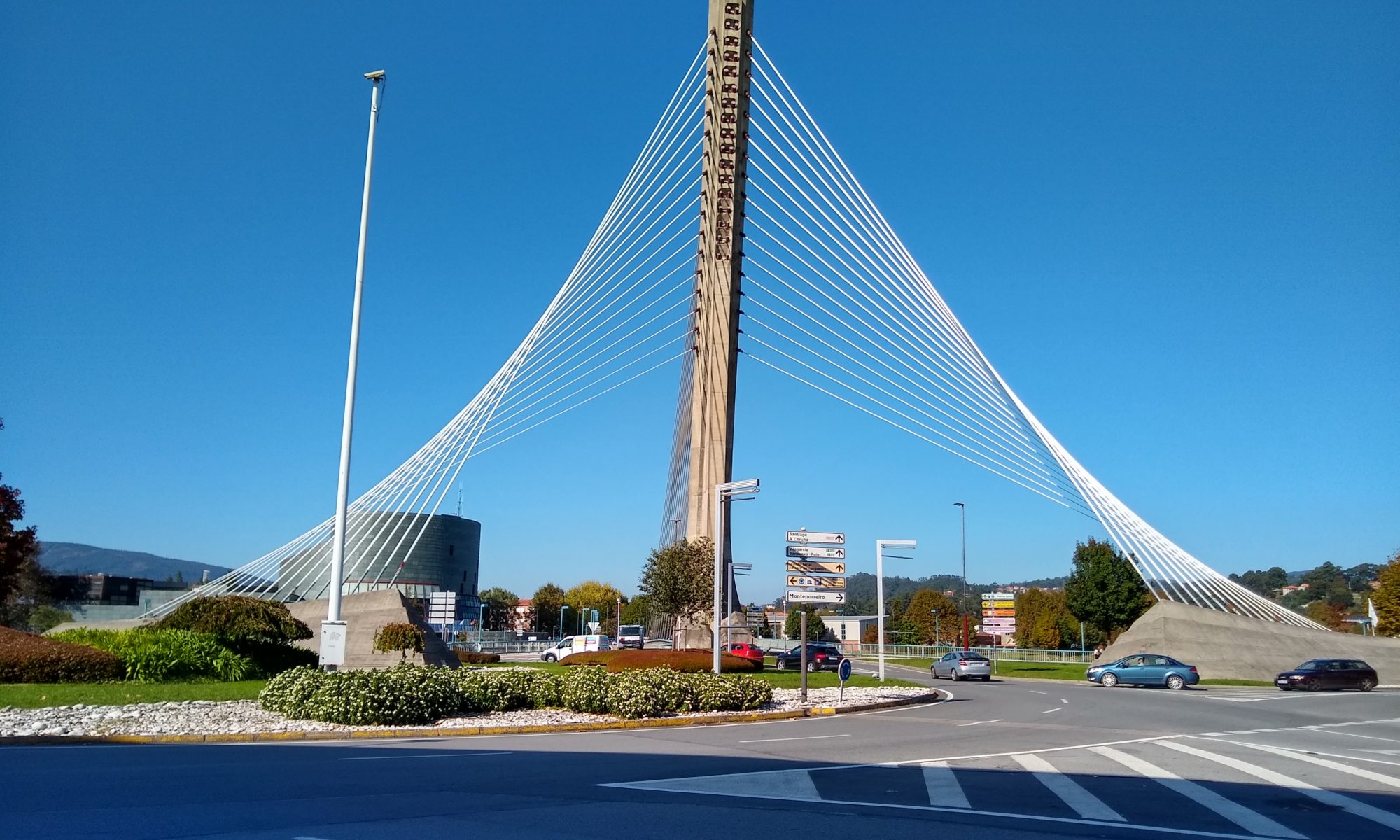 Pontevedra is almost on the west coast of Spain, it’s in an area known as the Spanish Fjords. We spent a lazy afternoon walking around both the hilltop town and following the river Lerez which winds around the base of the old town.  Pontevedra is another town on the pilgrim’s path network to Santiago, so the scallop shells feature a lot in the architecture. Dinner was a huge stew made by chucking almost everything we could imagine into a big pot and letting it simmer for one film.

The next day and it’s a cycle ride out of town to Pazo de Lourizán – a dilapidated palace that’s been home to the forestry research service since about 1940.  The trip was a 50% washout, no-one is allowed in the palace – it’s pretty derelict, but we did wander out around the formal gardens and greenhouses. Lunch was bread and cheese down by the river and leftover stew for dinner. We started to feel like an old spanish couple, sitting on a wall near looking for shade enjoying a beer and just watching the world go by.

It was great to get out on the bikes again after about a week off and we managed 32km with the hill up to the palace being a nasty 4km including 2km of dirt tracks after we got a little lost ahem. Well, we knew exactly where we were, but not where anything else was.

First blood on the motorhome is a broken sunscreen/flyscreen on one of the Heki rooflights.  We hope we can get that sorted in a few weeks as a warranty repair when we get back into Spain – there is a Dethleffs dealer in Seville.