We arrived in Porto Ercole and immediately found that the ‘open all year’ aire was shut until March.  Great. The other formal locations that appeared in our apps were all shut so we resorted to car parks where overnight stopping was – if not formally allowed – then at least not prohibited.  We found a secluded spot outside Porto Ercole at the top of a steep hill and through the main town (which has no campervan signs!) The app told us that a campervan had stopped only a few nights previous.  Although it was just by the road, the road only lead to the secluded and uninhabited end of the island, and we had a very quiet night. IT was also really dark – it was odd to have no light of any kind nearby.

Next morning and T got in a couple of drone flights over the sea and then it was off for the next stop on the hike towards Rome. 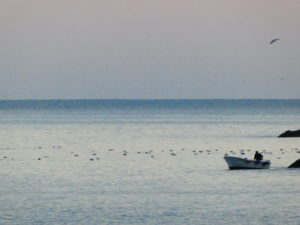 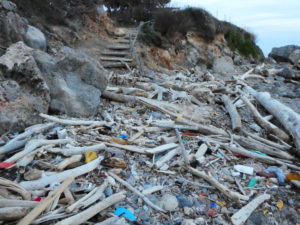