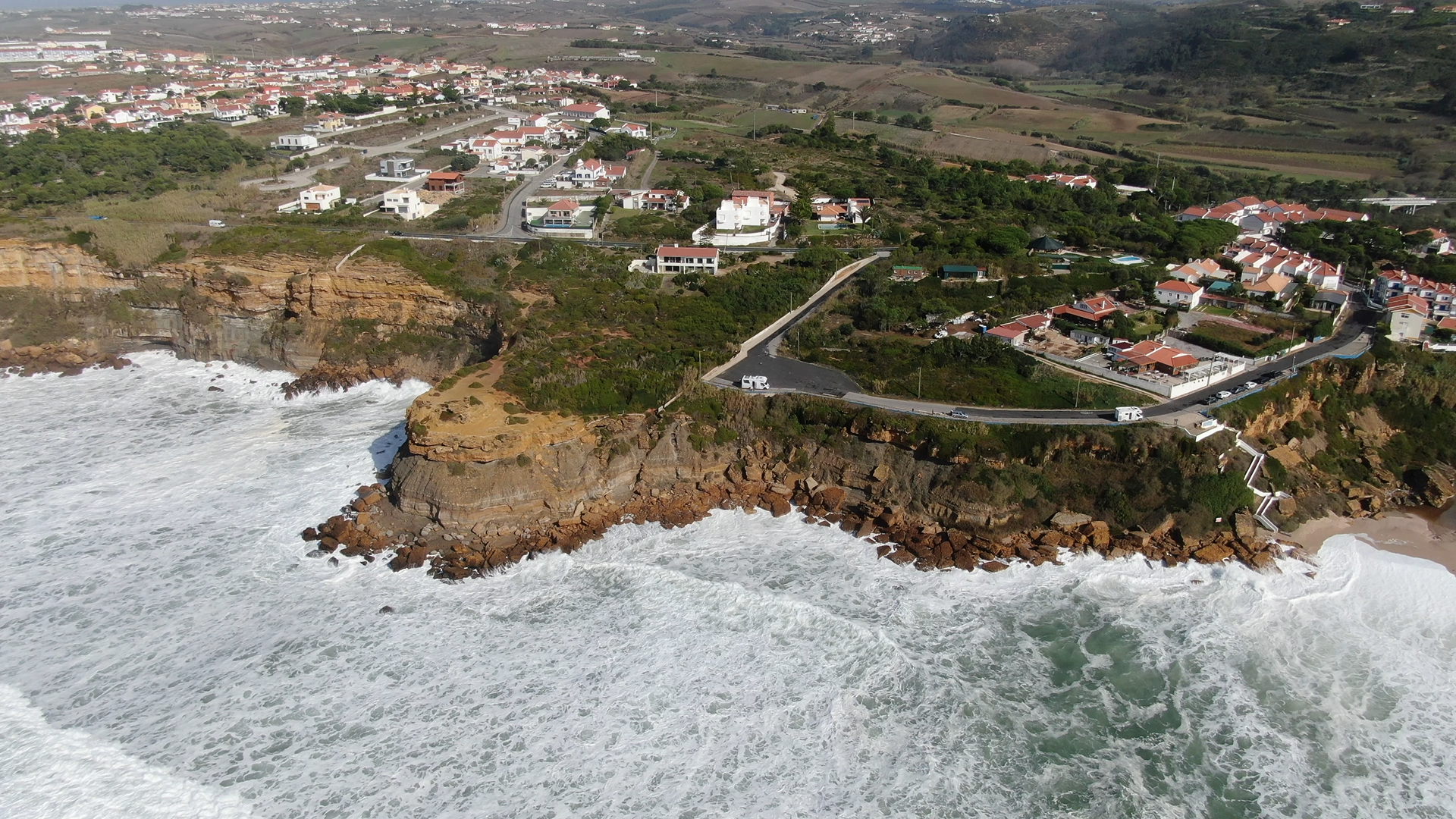 We left Obidos reasonably early (for us that is!) and we were making good time along the coast road.  Even though there was not much wind, the sea was really choppy and there was some atmospheric sea mist blowing in.  Then we spotted a lovely bay at Praia São Lourenço and decided to stop for lunch and a quick flight with the drone to try and get a nice couple of shots.

All in all, it meant that we arrived at the camperstop in Sintra about two o’clock and after a chat with some lovely brits in the van next door it was a brisk and a very hard slog up the hill to the Palace Park and National Palace of Pena.  We spent a few hours looking around the palace (It used to be a monastery) and walking around the wonderful gardens and then a wild and rapid Tuk-tuk ride down the hill back to the mothership for beer, scrabble, stew and Morgan Freeman (in that order).

The next day we decided to skip town: we had another day planned but both of us were suffering with painful knees and ankles and the schedule didn’t allow for a down day here, so it’s a place we will have to come back to sometime!  This is a first – we’ve not really been making too many notes for the next lap of Europe!

A chat with some other lovely brits that turned up just as we were leaving (and they gave us some great ideas about wifi range extenders!) and it’s off to Lisbon a day earlier that we originally planned!