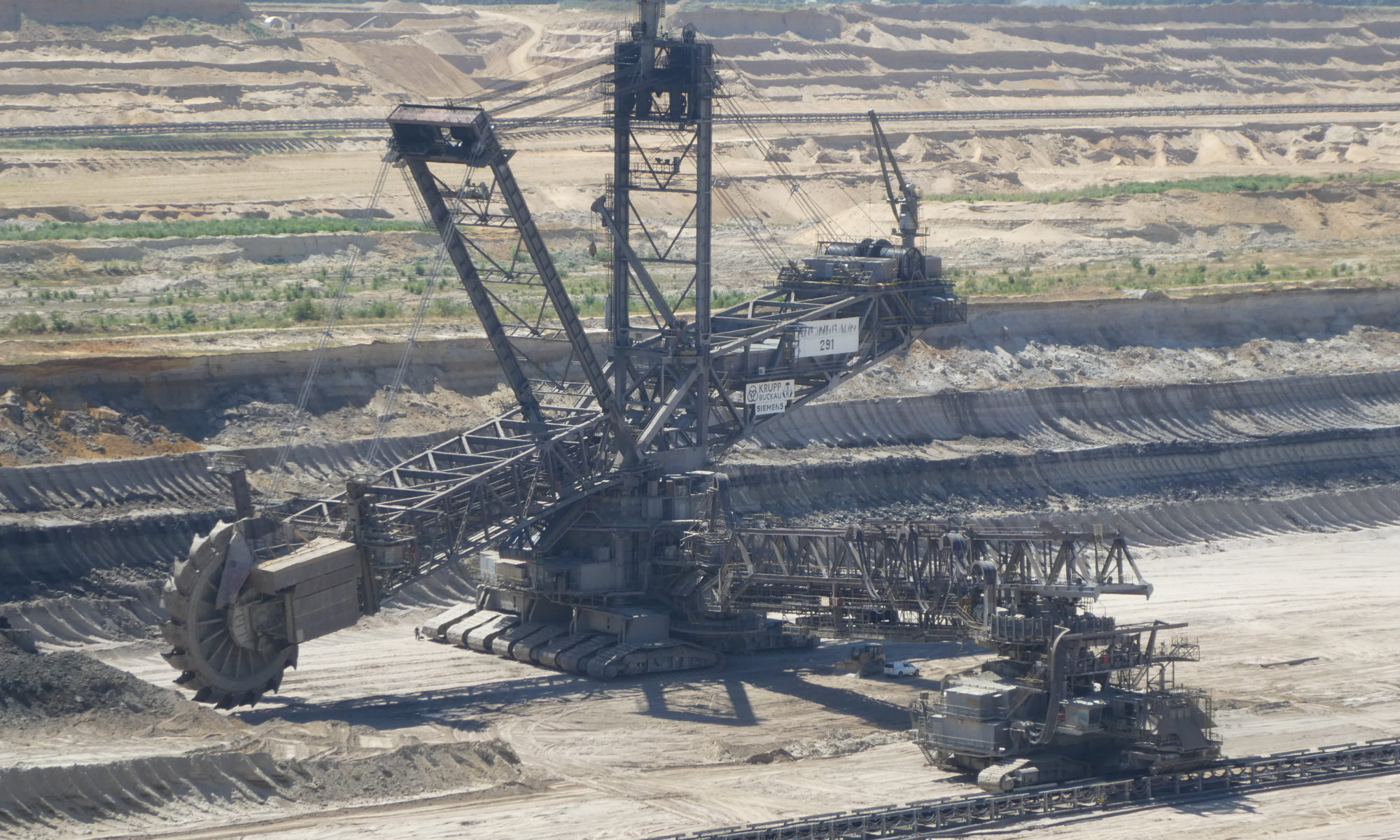 As we were sitting plotting (the conservatives downfall bwa ha ha.  No, not really, the route west from Cologne with google maps), we noticed a bloody huge hole in the ground to the west of the city.  A little research showed us the Tagebau Hambach mine. It’s a lignite mine – low quality coal.  Reserving commenting on the environmental impact, we could not resist stopping off at the visitors centre for a look.  The scale of the place just boggles the mind. There are perhaps ten bucket wheel excavators moving overburden from above the lignite.  At the other end of the pit, machines put the overburden back one the lignite layer has been extracted. The whole shebang moving ever Southeast.  Throughout the pit a huge conveyor network moves the spoil and the lignite around.

The photos won’t do the scale of the operation justice.  It was about ten minutes before we could focus on any details that we recognised – in the end it was a pickup truck dwarfed by one of the excavators.  The mine is around 500 meters deep.

The bucket wheel excavators are the largest in the world and if you really want to geek out, check out some stats: they are around 100 meters tall, 200 meters long and weigh nearly 15,000 tons.  Each drinks about 16 Megawatts of juice to run.

The mine has plans to operate for at least the next 20 years, so it’s unclear what this will mean in the context of Germany’s commitment to stop burning coal by 2038.  Again, to give an example of scale – one of the plans after the mine is closed is for a man made lake. Using water from the Rhine, they still estimate that the lake will take decades to fill taking the final cleanup beyond 2100.

We tried a quick drone flight here – not over the mine as that would not be permitted – but just a panning shot as the drone climbed.  But it was rubbish – the place is just so big that moving the drone results in almost no change to the shot. Still, it was nice to chalk up another country and justify the effort of getting the fireproof tag fitted to the drone!