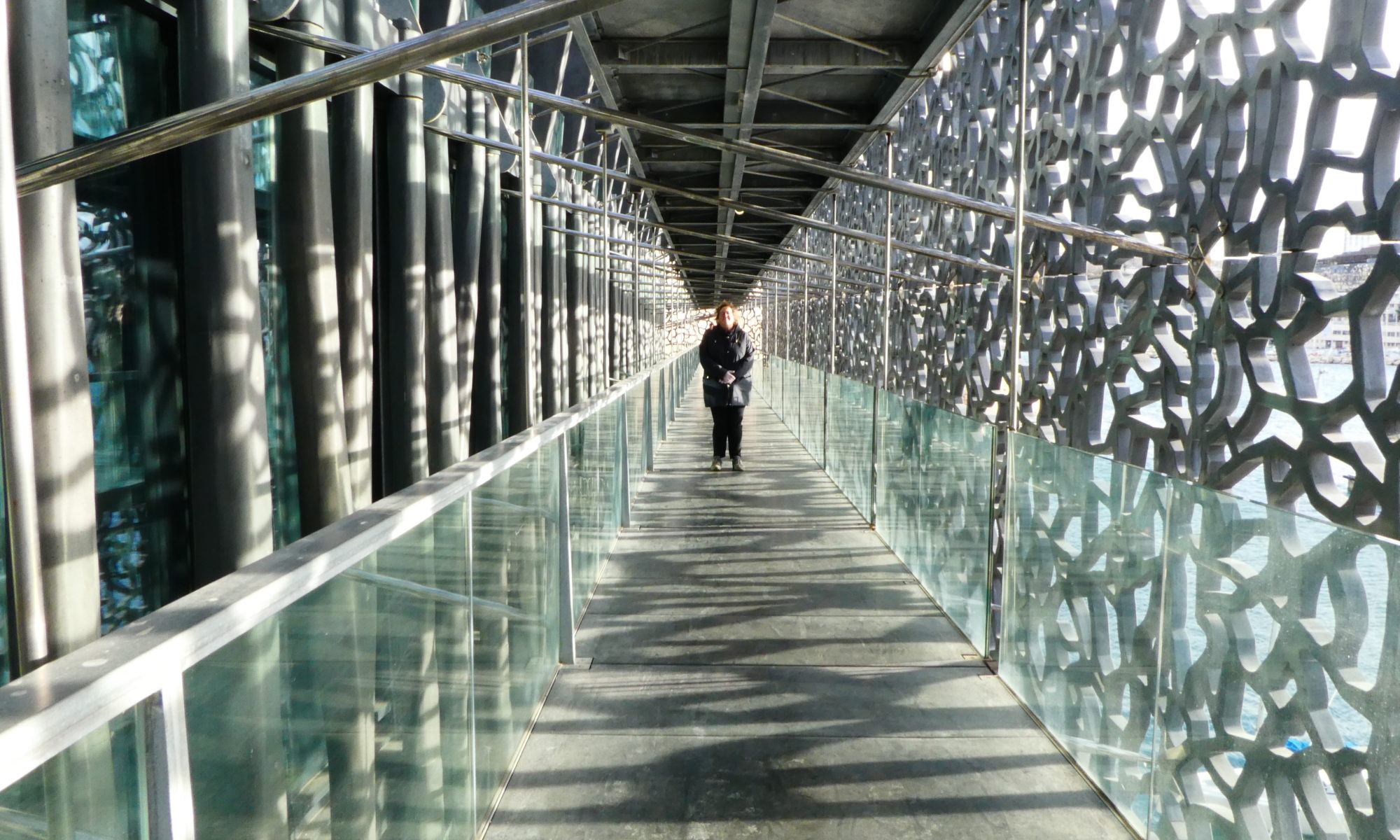 Marseilles started off very bad!  As we normally do, we used Sally to help home in on the site.  Sally is a ‘Smart’ motorhome satnav that knows the height, weight, width and length of the Mothership, and she avoids roads that where we either won’t fit or are legally not allowed such as a 3.5 tonne limit.

Ok, with that background in mind, the Marseille stopover was a bloody nightmare to find.  We followed the satnav until the time when we were halfway up a mountain and the road narrowed to 2.5 meters.  We could not bloody fit. We don’t have the dashcam footage as the power lead had fallen out, but suffice to say that the 300 meters of reversing down a VERY narrow road was a fecking nightmare!  Even once we found a route out, we were stuck down a two way road with room only for one. It took half an hour of sweating, swearing and worrying of both navigator and driver to extricate us. PHEW.  After that and the easiest thing to do was ignore the 3.5 tonne limit and find out that we had been circling the site and sure enough we arrived just fine in ten minutes.

What had we done wrong? Well, the important thing to consider is that the weight limits apply to specific roads.  Off those routes *shrug* anything goes. So what happened was that we were directed off wide easy roads that happen to have 3.5 tone limits to ever narrower roads that eventually became impassable – but which in the satnav don’t have any legal limits applied. Our only fix was to turn off the weight limits and to use Google maps alongside the satnav to guide us home.

The frustrating thing is that when we arrived we noted that many heavy vehicles were travelling down the restricted road, so from now on, more research needed for city locations! And for the second time on this tour, we learn the lesson that 3.5 tonne limits should be considered advisory 😉

Next day and it was a bus into town then the metro for the historical centre. We had a wonderful afternoon exploring the town surrounding the old port and the fort plus a great steak dinner overlooking the marina.

The schedule prevents us spending another day here otherwise, there is a lot more to see and do.